The main obstacle to developing neuroprotective therapies is a limited understanding of the key molecular events that precede and sustain neurodegeneration. Emerging evidence suggests that multiple biological pathways may impact on neuronal loss in the same patient or in different patients. There is strong genetic and pathological evidence for a causative role of redox imbalance, mitochondrial dysfunction, altered proteostasis and inflammation in the development of Parkinson’s and motor neuron disease. There have been many trials of therapies which target these pathways individually, but these have all failed.

An alternative approach to target these pathways in neurodegenerative disease is to promote activation of the transcription factor protein, NFE2-related factor 2 (NRF2). NRF2 drives expression of a battery of genes via its interaction with the antioxidant response element (ARE). NRF2 is negatively regulated by a cytosolic protein called KEAP1 (Kelch-like ECH associated protein 1). The interaction between Nrf2 and KEAP1 is therefore a target for development of KEAP1 inhibitors, which act as selective activators of the NRF2-ARE pathway.

Once activated, NRF2 directed transcription has the potential to improve redox balance, alleviate mitochondrial dysfunction, increase mitochondrial biogenesis, enhance autophagy and reduce inflammation The ability of such an approach to target multiple pathways implicated in neuronal loss, categorises these therapies as a combination therapy in a pill 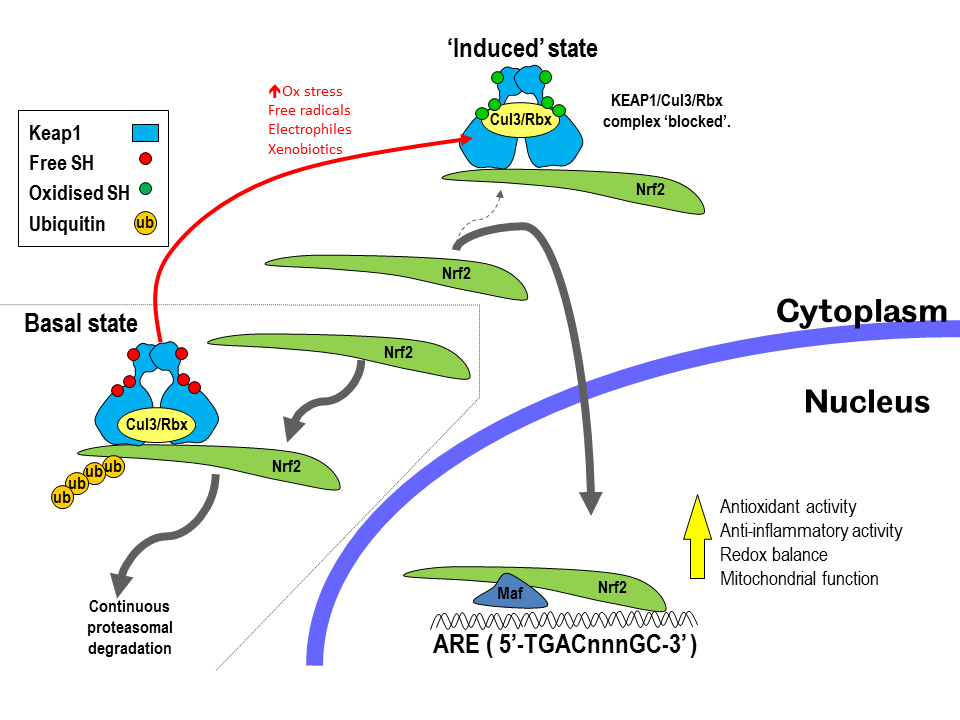